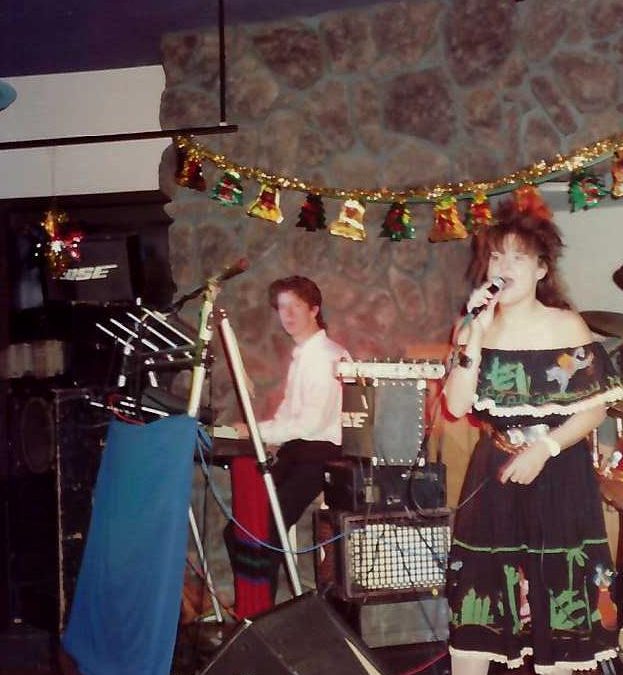 For a brief time at the end of Delorean East 1987-88, I had the pleasure of working with Tim Forkes, who joined the band after Alan officially retired from live performing. Tim stepped in and learned all of the current pop tunes we were doing and we didn’t miss a lick. Tim is a very respected musician then and now and someone I have always wanted to write with, considering his influences musically and his chops, if this one girl could ever be so lucky.

Another image from the archive that isn’t so clear… yet only one available.