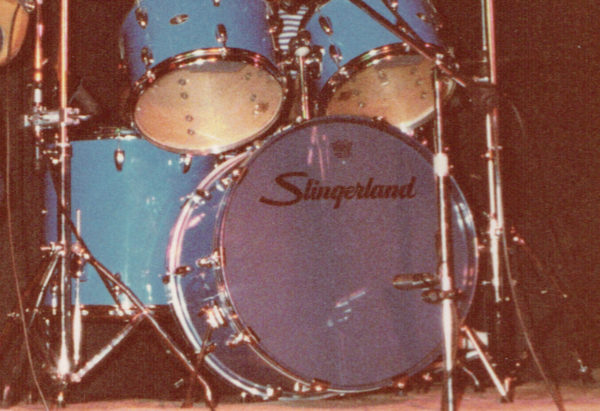 First off…a robin’s egg blue Slingerland kit…that is what I am talking about.  Steve was  17, or something like that, when he joined The Imports. He was an all-around instrumentalist who more than likely never fully imagined himself playing in a hard rock band. 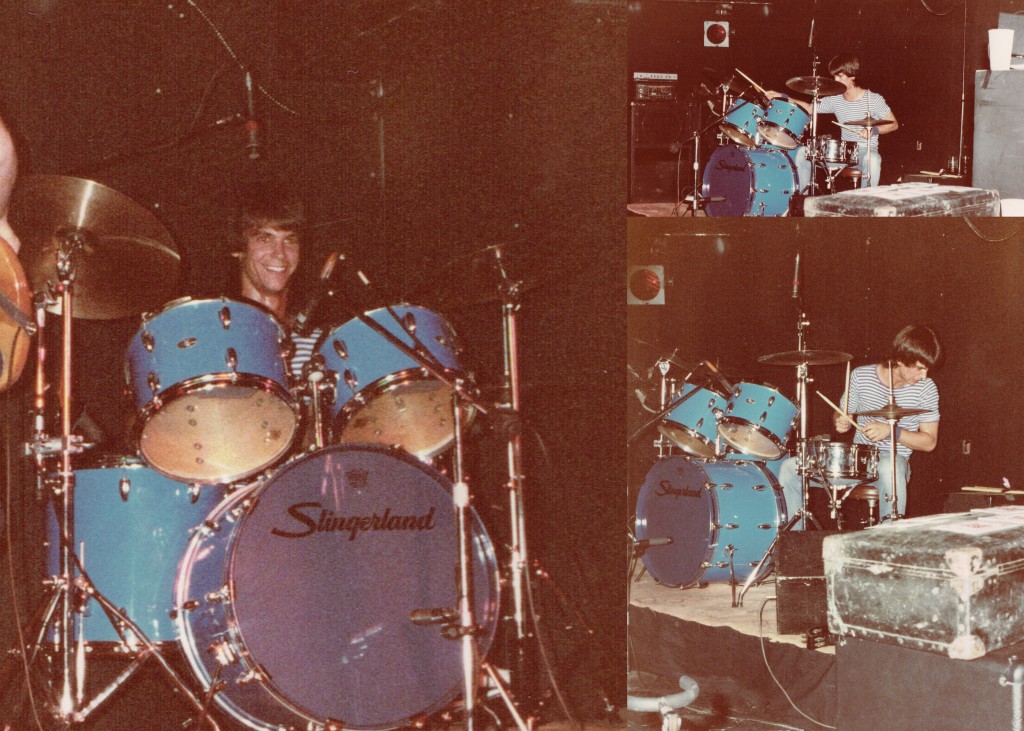 What Steve added to the trio was a Stewart Copeland/Police style, and for me that was refreshing.  He didn’t have to beat the skin off of the skins. Steve did an amazing job of counting the tunes off and holding it back/down from running away, something which was very easy to do with a flying-handed guitarist and ready to go anywhere bassist.

I truly loved this trio, both musically and personally. By the time we were at this place in Imports history, the band had changed personnel a few times, other ventures/opportunities were developing for everyone, and gigging was more of part-time pursuit. As 1985 was coming to a close, so was the 4 year run of  Debye Delorean and The Imports. This is the group I would have loved making an entire record with, after having had more time to develop the feel and original sound.

Steve and I had destiny beyond The Imports.  In 1989 we formed a piano vocal duo and worked briefly until I moved to the East coast.  We did not stay in touch and all attempts through the typical channels have failed to turn up any info on where he is and what he is doing, musically or otherwise.  I respect anonymity, but if this gets to you, Steve, I know three people who would like to say hello…on or offline.