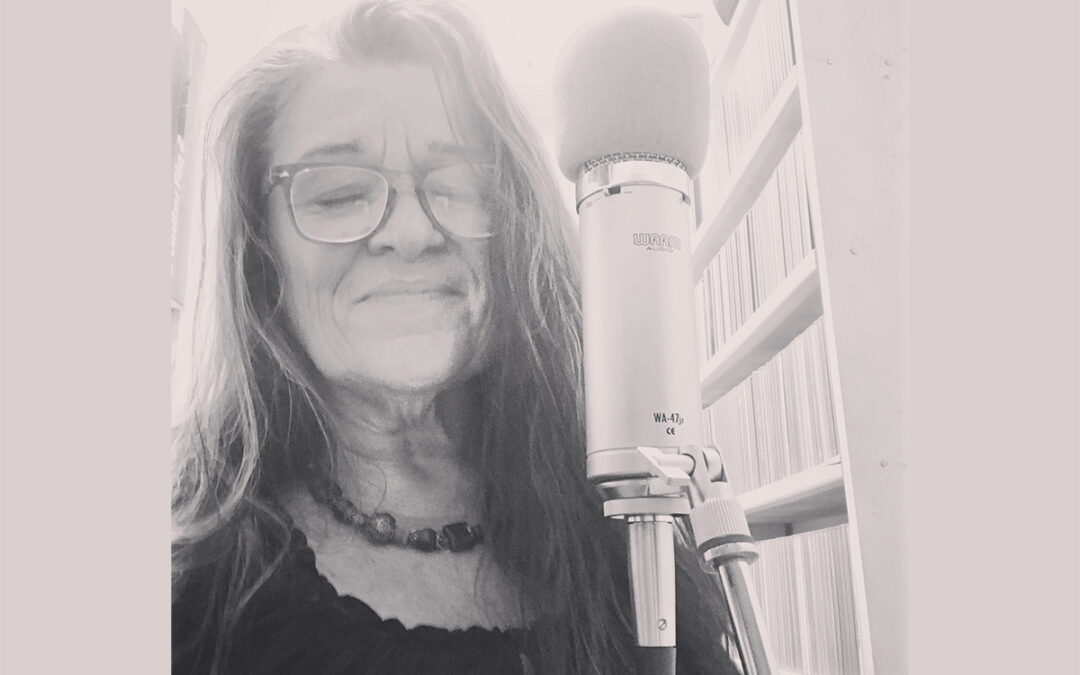 Singers all have favorite tunes that we want to belt out, whether we should or not, if nothing else but to have the enjoyment of hearing ourselves sing our own interpretations. In my case, it is almost always a song that was originally sung by a male voice that I think should be told from a female place. This lyric is about making a hurtful mistake and asking for forgiveness, when it probably isn’t deserved. There are so many great quotes and meditations on forgiveness. With 65 years of life with family and friends, I know that regrettable mistakes are made, and relationships are lost when an act of forgiveness does not fulfill an apology.

Back to making a cover… no matter the way in which one rips out a cover tune in a live performance, complete with the physical embodiment and gesticulating (aka stage presence), the singular act of capturing a personalized recording is about as opposite of a creative endeavor as imaginable. You want to give the original composition its due and yet serve up the “from your head to your vocal chords” edge you’ve been building up to with love for this song.

So about the song… recently it was said to me that “I could be the last remaining 38 Special fan.” NO WAY! Say it isn’t so. Second Chance was a huge airways smash and the biggest selling single for the band in all of its lineups, as well as quite a departure from their normally Southern Rock/Pop vibe to this R&B-ish vibe.

Two songs competed for my heart strings in 1989, “Heart of Mine” by Boz Scaggs and “Second Chance”. Peggy Murphy Payne and I did a pilot podcast called “A Singer’s Songs” in 2017 and we started to explore what “A Singers Songs” meant to us and to an audience. FYI: I would not have included Second Chance as a featured example in our series, as I am certain had there been a voting button to push it would have gotten slammed down the second the first note was heard. But I believe I would still make reference to it as sooooo singable. So much for preference.

So here I am, 31 years later, having a stab at this cover. It is my second chance second try, as I attempted this recording a few years back. In my 65th year of life and almost as many singing, I recognize that the time for me to re-do 80’s covers is either right now or never. I just had to get it out and move on. So if you are not amongst the majority (I am told) of 38 Special haters, enjoy my take and know that this is just me doing a last chance, a second chance, sing for me.

by As sung by Debye Delorean