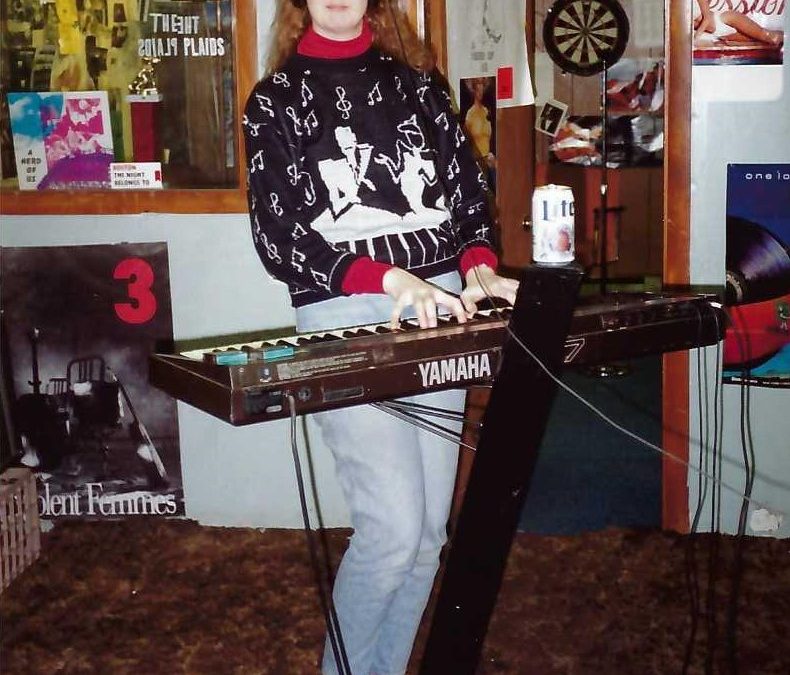 Aimee is a “Maineac” (pronounced maniac), and proud of it. This is how the real people of Maine like to refer to themselves…and Aimee was/is a card carrying member of the club.  I’ve only known one other woman personally that turned every head when she entered any space filled with men and women…a very tall, beautiful, blonde younger sister of my friend (a tall, beautiful redhead)…then I met Aimee.  A very tall, blonde, keyboard playing woman that had just the right amount of pomp, a crazy laugh, and could match drink for drink with all the boys in the band.

I met Aimee after a search for someone to play a duo gig with me for a political event. I had never worked with a female instrumentalist. It was awesome, she was awesome.  And what a hard poundin’, honky-tonkin’, R&B-in’ tinkler of the whites she was, ala Marcia Ball. Aimee didn’t sing, but her statuesque swaying presence and great soloing skill was more than I could have ever hoped for when she agreed to put a rock band together with me. It was also a gas to have another funky outfit and makeup partner on stage. Aimee didn’t like rehearsing as much as she likes to jam, which is really not a lead singer’s fave.  Every time we would rehearse, she would instigate a jam, and depending on the mood, it could go on and on.  The other players loved her as much as I did. 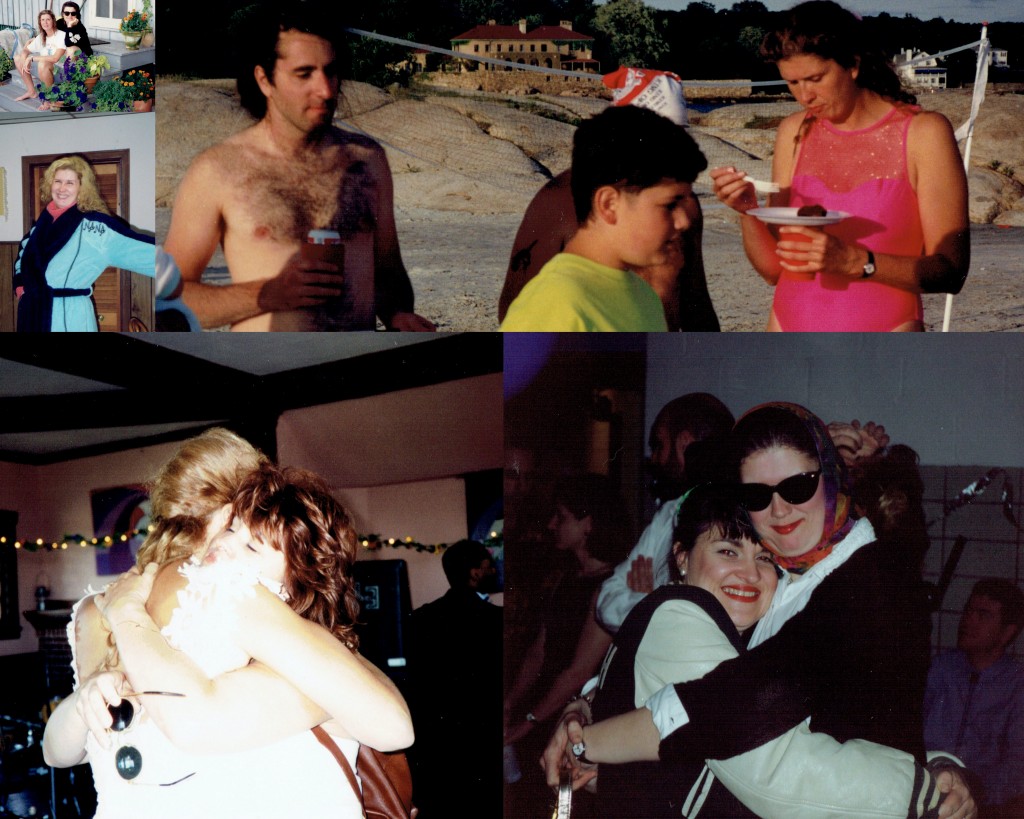 We became really tight friends and hung out a bunch. I sang at her wedding…an acoustic arrangement of “In Your Eyes”, by Peter Gabriel.  She left the band to play full time with her new husband, a lead singer with a southern rock sound.