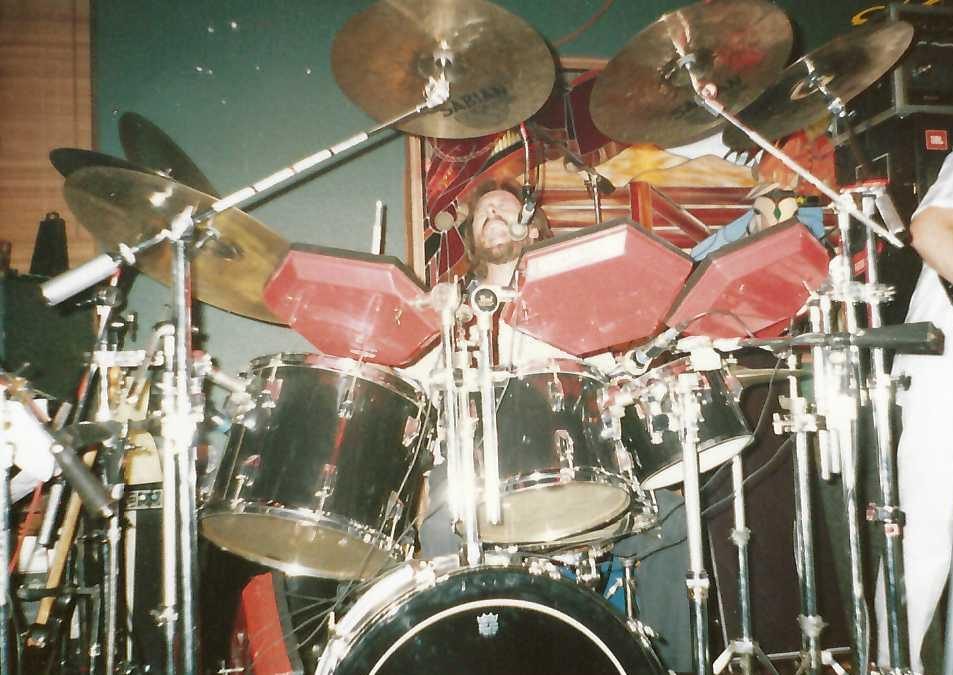 It is always the drummers, hiding as they do behind kits, that get left out of band pics. But those of us up front couldn’t do what we do with out them. Counting us off, keeping us moving forward and stable. If by chance you read my “I want to be drummer when I grow up” post, you now that it is with the deepest of appreciation, jealousy and envy that I present Larry Archer here in my archive.

It seemed like many of my guy pals aspired to play drums and had kits. They would bring their kits to parties and sit in on others. But it wasn’t until that fateful Thunderbird Park party, where I met Keith Rosenbaum, that I understood what full command of the kit was about. Even though I had my own faves in 1973, as in John Bonham, Keith Moon and Aynsley Dunbar, Keith helped me to learn the ABC’s of all things drums and drummers. Keith had created a drum snob!

Before I joined Smokey/Delorean, I met Larry casually but didn’t know him. I had heard more about his singing than his drumming, and the amazing vocals that came from the pairing of him and his brother Gordon, who at one time fronted Smokey. I heard they rivaled the brothers BeeGee! Larry kept Delorean on “click” track and added those strong vocals to the many multiple harmonies Alan had worked into our originals.

Aside from his drum and vocal prowess, Larry has what I call “band power”. He is a very funny guy, prone to shenanigans, which always kept things light and interesting on stage. I recall so many times when Mike T and I laughed so hard at one of his random comments, that we had to wait for the music to come back around to start again. When it did come time to be serious, he could, didn’t say would, behave. When you see candid or casual pics of Delorean, it is clear that Larry is the happy glue and band power broker. 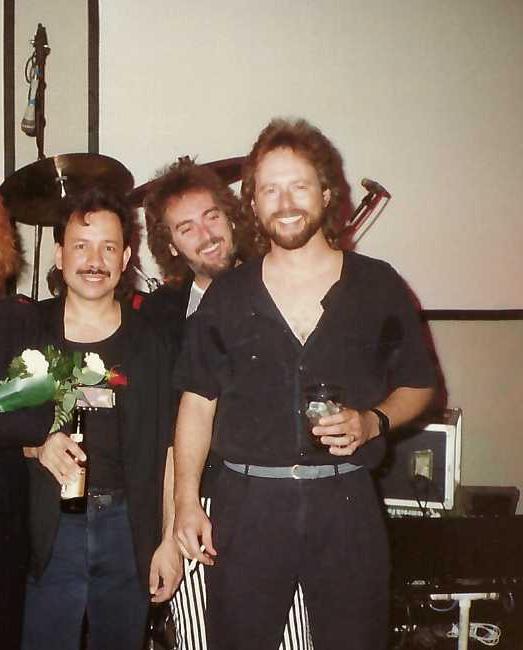 When we got the band together for the big party 2001, Larry came from Califonia with his wife and son to be apart of it all. I stay up on things with him through Alan and he and Keith remain close pals as well.

Thank you Larry for being apart of the Delorean project…you make me laugh…actually you crack-me-up!