I think the wisdom of Glenda the Good Witch is my inner storyteller’s guide…it’s always best to start at the beginning.  I realized that I didn’t know how Jerry came to be in the band, Delorean -East (the “beginning”, as it were), and I should because we have been musically and friendship connected-at-the-hip in many ways ever since.

So, the story, as told to me by Jmac, is that his brother, Paul was at a party that guitar player Kevin Shaw was at (oh – the party connection) and through a series of musician networking exchanges, Kevin said we were looking for a bass player and Jerry’s bro got Rich Vaughn’s (Delorean drummer, music director and studio guru) phone number and an audition was arranged.  If I’m the proverbial Dorothy on the proverbial Yellow Brick Road, then Jerry is the Scarecrow, Tin Man, and Lion fused into one.  Brains, Heart and Loyalty, and the type of sense of humor that just owns me (and he knows it). Maybe that is why in our musical adventures, he keeps me out and gets me out of trouble with the others…he keeps me in line with his humor! 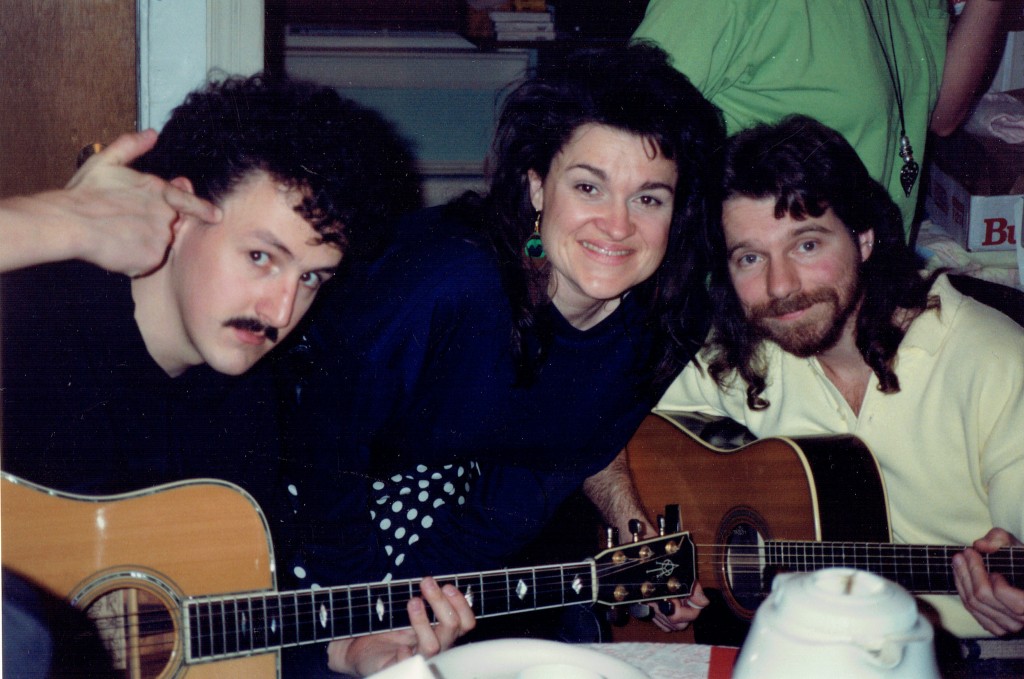 This is a good place for me to insert a huge honesty disclaimer…I am not the easiest person to work with. To quote Sheryl Crow – The Difficult Kind. I am a practice fanatic, zealot, crank! And in my 33 plus years working on my own bands, I have found myself to be in the rehearsal fanatic minority. Jerry is my practice spaz partner in crime, he gets me and keeps it real at the same time. He calls me out on some of my more cruel and tactless (sorry, Kevin) get-it-right rehearsal comments…always with humor, of course.

There is always a lyrical quote to accurately describe what I want to say, so in this case I will paraphrase John Mayer, “Jerry is Bigger than my/his body gives him credit for”. This guy is so talented, and like a sieve. He takes in everything and is able to put it back out in a way that is just him. I have known him to bury himself into a corner and then reflectively and sincerely dig out. I can talk to this guy for hours, in fact we always do. I could keep talking for hours right now…there is much more…so, I’ll take a quick break.