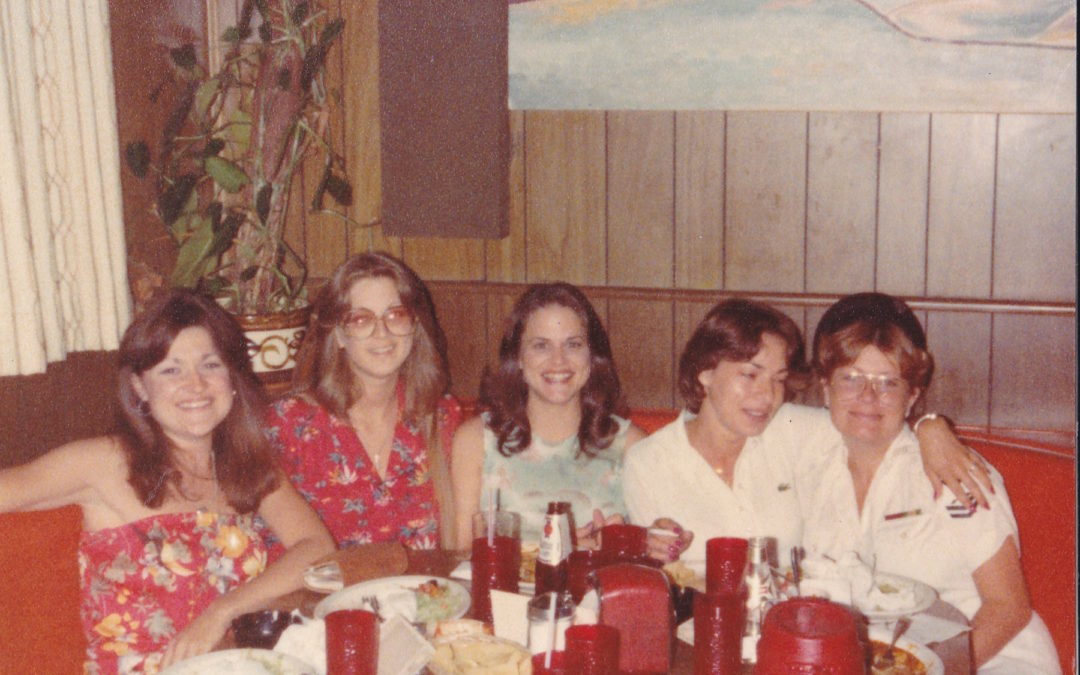 One of the unexpected extras in songwriting is the curiosity of others to know the inside scoop about what you are writing. –Debye Delorean

I’ve heard so many takes on…this was Taylor Swift’s break-up record…this is Alicia Keyes coming into Motherhood work…this is Debye Delorean’s secret boyfriend song…”Wait a minute…what secret boyfriend?” This photo, circa 198o’s, is from a lunch with 4 of my very best high school girlfriends/muses. One of them (Still a mystery to as to who started talking the trash; I have my suspicions.) began talking about her boyfriend’s best friend and the massive crush she had on the best friend. Everyone chimed-in with a similar story. During the time period these crazy gal pals were discussing, I did not have a specific boyfriend or circumstance. I ran across the photo a few years later, while reliving the laughs and girl pow-wow, the muse (muses) spoke to me and the song fell right onto the page. The very next day at my weekly writing session with Alan, we worked out the tune. It became a fan fave when we were playing out. Turn it up!