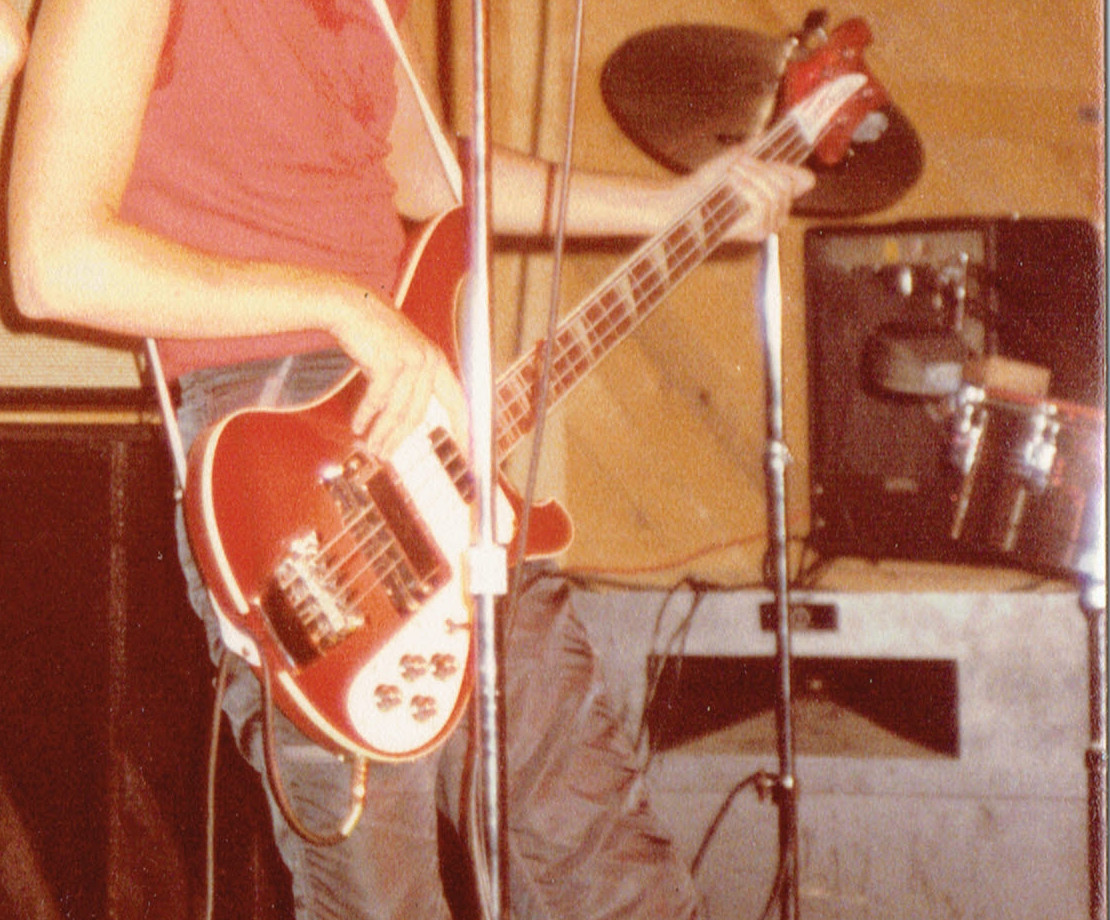 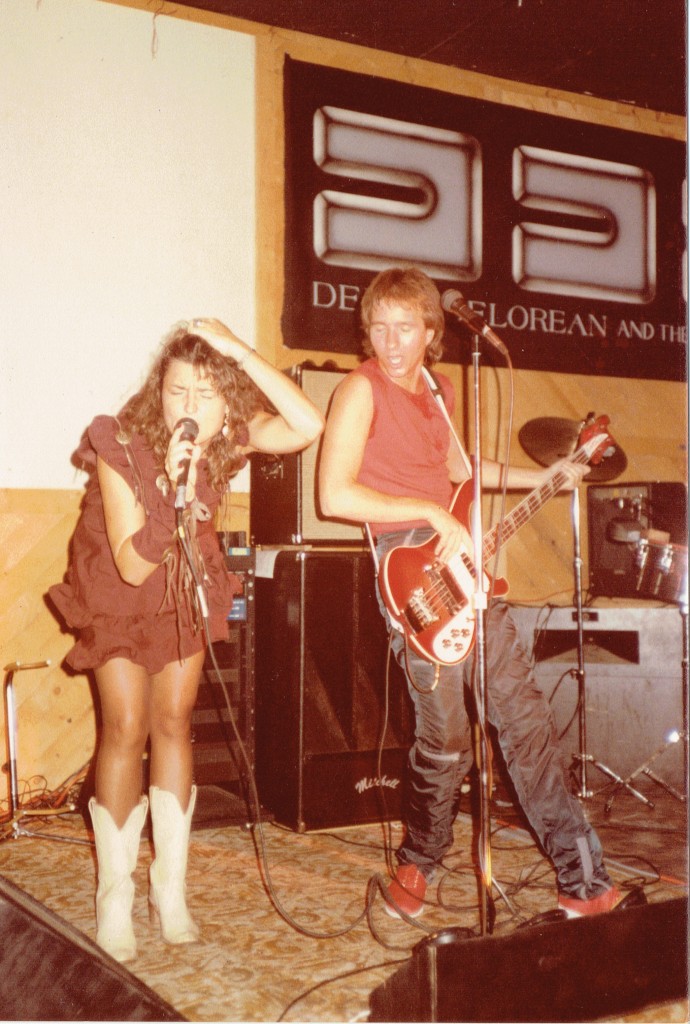 The players that made it out of the garage onto the stage that first night at Clyde’s Rock Habit, opening up for  The Schoolboys, were Lee Benson, Keith Rosenbaum, Moi, and Eric Svenonius on bass.  Eric was dedicated to the success of The Imports.  He always dressed with 80’s rock enthusiasm, and you could tell he loved being on stage.  In most of the pics I have of Eric on stage, he is movin’ and playin’ off of everyone else. This is one of my favorites.

As I write this memoir, it is clear that I didn’t always know exactly what tension between the instrumentalists was. Tension, both the creative pull that stretches members of a band to meet each other in ensemble, and the unbalance of opposing forces that remains despite a mutual desire to produce one sound. We had tension in our three core groups, both types. You always hear about this when groups set out to do reunion tours. I wonder what Eric as a founding member would contribute to this idea of tension around the group we worked so hard to get out there.

I spoke with Eric- via email- when I was first developing this archive and he was playing again after a self described “got away from music for too long” period.  Currently, he is a utility player-simply put, plays several positions compentently- in a few bands around San Diego:  Lead and Backing Vox, Piano, Lead and Rhythm Guitar. On the matter of the piece below, I must ask ES to indulge me on what is otherwise a page dedicated to his contribution to my archive, that I digress on another matter from our opening night experience…tension alright!

I do need to acknowledge and thank The Schoolboys’ sound man for teaching me right at that very first opening gig to never leave sound, especially stage sound, in the hands of the headlining act. I was unfamiliar with the rules of engagement, specifically that opening meant submitting to others’ PA. I was just so pumped to get the spot, in a club I thought we would do well in. We had our own equipment, custom cabinets…good stuff/good sound. We brought our entire crew; I should have seen it coming when their crew said no to our people working their boards/ equipment. We did our entire set without monitor sound, although there were several of them on stage. In the throws of excitement and debut nerves it is a miracle that I didn’t blow a vocal chord trying to hear myself over our power trio amps and drums! The minute we were off the stage and the sound check was on for the ‘Boys, in a miraculous recovery the monitors were crankin’.   I’m just saying… lesson learned.  Thanks, Schoolboys!