When I told Lee I was working on this archive and we discussed the various Imports line-ups, we agreed that the best stage synergy and friendship was with the Wilcox, O’Donnell, Benson, and Moi lineup. I think the biggest contributor to that conclusion was Dana.

Dana was a transplant from Buffalo, NY, and brought with him a long tradition of hard working, rock loving, good-times-local-band pride.  So many of the Phoenix-based rock musicians had their eyes on the hard rock LA prize. It was a cutthroat, ego metal scene – we were our own worst enemies. Dana also brought along another great contribution to our group, his awesome girlfriend, now wife of many moons, Ellen. She was supportive and just as much fun as Dana. It’s great to have other gal-pals around on long rock and roll nights! 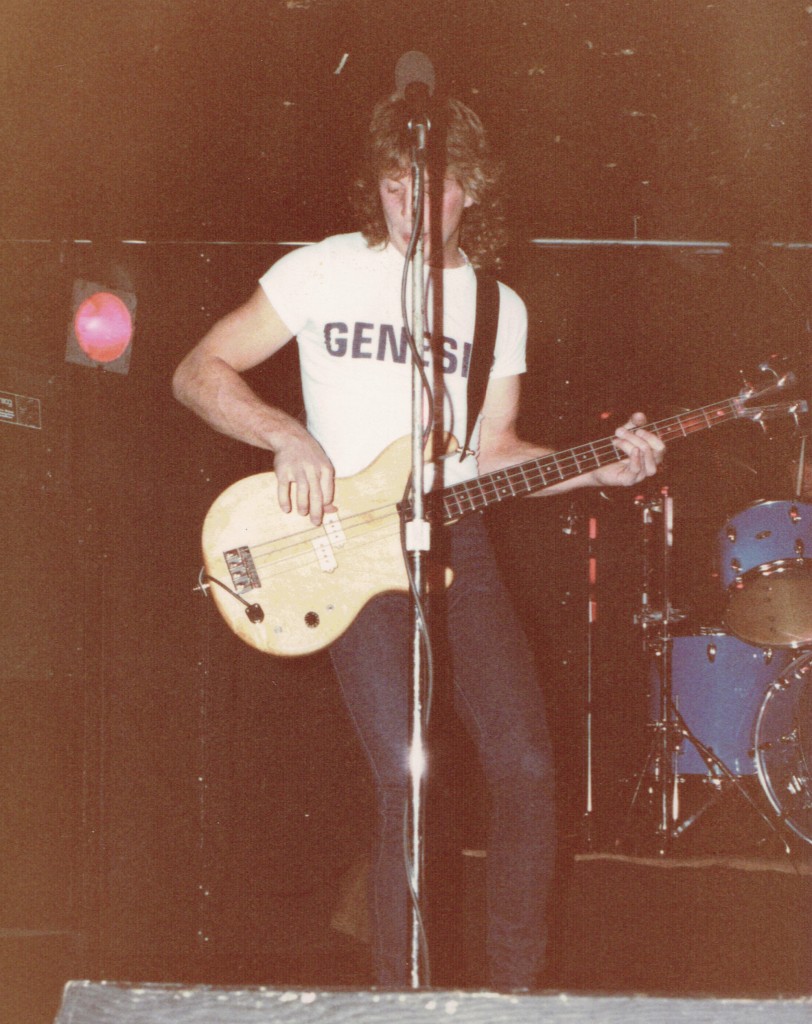 Dana was also enthusiastic about our originals and the possibility of doing more. We had this mega rehearsal space at a warehouse and that in and of itself was fun.

Recently he recounted to me a story about when he had a tune he was prepared to sing solo.  He asked me to turn around so I wouldn’t be looking at him when he sang it the first time. I kind of remember that, but what strikes me about it was, Dana loved to laugh (me too) and sometimes he and I would just crack up at any little thing, I’m sure he didn’t want me to derail him!

Dana moved back to Buffalo, played music locally, raised a family, and we have stayed in touch…even visited each other a couple of times. He is still one of my favorite people to talk music with.

The sound and the songwriting are really good.