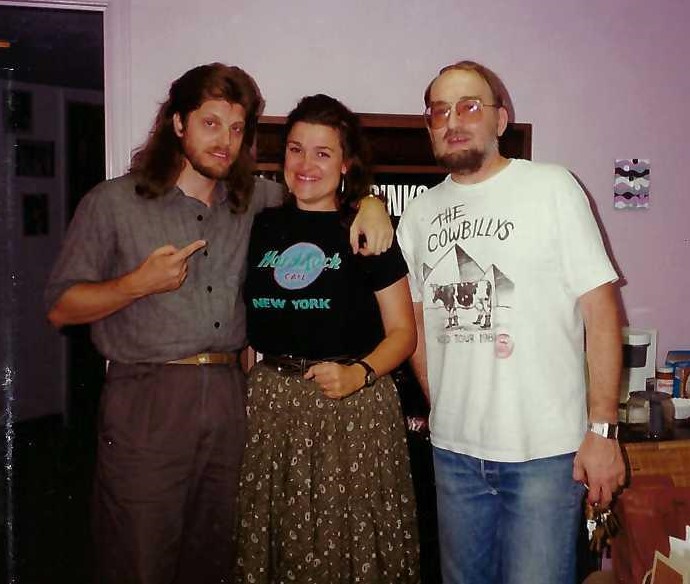 In the early 90’s, I was a new Mom again and trying to decide how to carve out time for music. I wanted to try something new, something that was unfamiliar to me.  I worked on my first duo with Steve O’Donnel and my “go to” backing vocalist Georgia, wanted to make a demo to promote herself as a solo artist. When she approached me, I was fairly certain I had a couple of tunes that would work with the right production; not too twangy, not too pop, just the right amount of country.

Country was rocking the charts, giving full voice to a select group of really remarkable female singers and Nashville songwriters, proving to be a strong, winning combination. These guys in the “Ville” were the really, really great do-it-in-your-sleep, hands-tied-behind-your-back players, producers, and performers. At that time, and just before making his way to Nashville, Mark Prentice was available to work on the tunes; lucky me and what a great experience it was.

He brought in a few great players for the sessions – Merle Bregante on drums and Russell Skaggs on bass and mandolin. There was also a steel player that I just remember being called Blue.  Something different for sure.  Mark Prentice was/is a gifted all-around player and a really nice guy.  I loved the way he heard and played out the melodies Alan and I had written on the piano and guitar. I would love to work with him again.

The songs that came out of that session were “The Trouble With Me”, “I Tried”, and “Pullin’ Punches”.