This piece of memorabilia has been in my treasure chest for quite some time. Dana didn’t even remember that it existed or that we were in it. I promised him I would try and share it in some fashion. I scanned all of the pages and assembled them for web viewing. Now, as I was in the throws of scanning,  I realized I only know a few of the bands featured.  And it hits me that for 1985, this was a bit cutting edge for its time (the promotional photo calendar concept), and brilliantly done as the main photographer/producer of this project secured advertising and really did a great job with rock set design/layout. 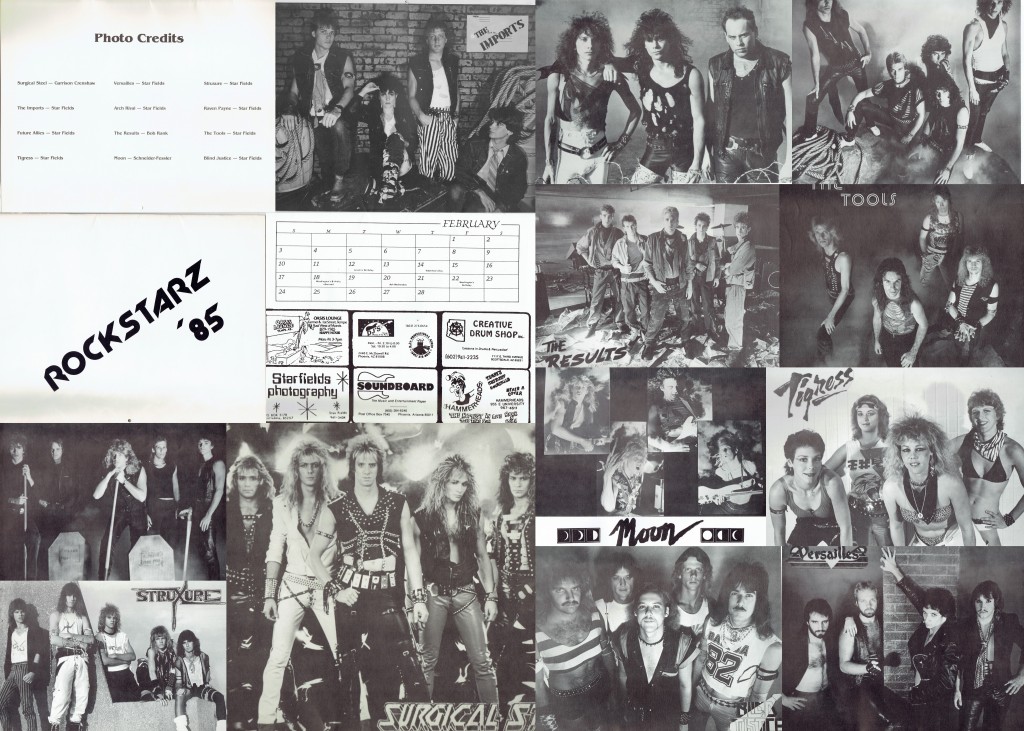 Of course Surgical Steel, the darlings of Lead Vocalist of Judas Priest and Scottsdale resident Rob Halford, were photographed by a big shooter.  Most of the other band shots were done by Star Fields of Starfield Photography, and well done at that. Now, go ahead have a few chuckles at our 80’s rock expense, go on.   Like some of the outfits are interchangeable…sure and the rock glares are archetypal bordering on hysterical, and the ripped shirts, no shirts and ginormus accessories…alright…I know. This calendar really makes me want to start a “Where are they now” thread…well, where are they now?

Hmmm…I wonder what a “photo-shopped” updated version would be? I didn’t know the band Versailles, but they have my interest, a bit of  Twilight foreshadowing maybe?