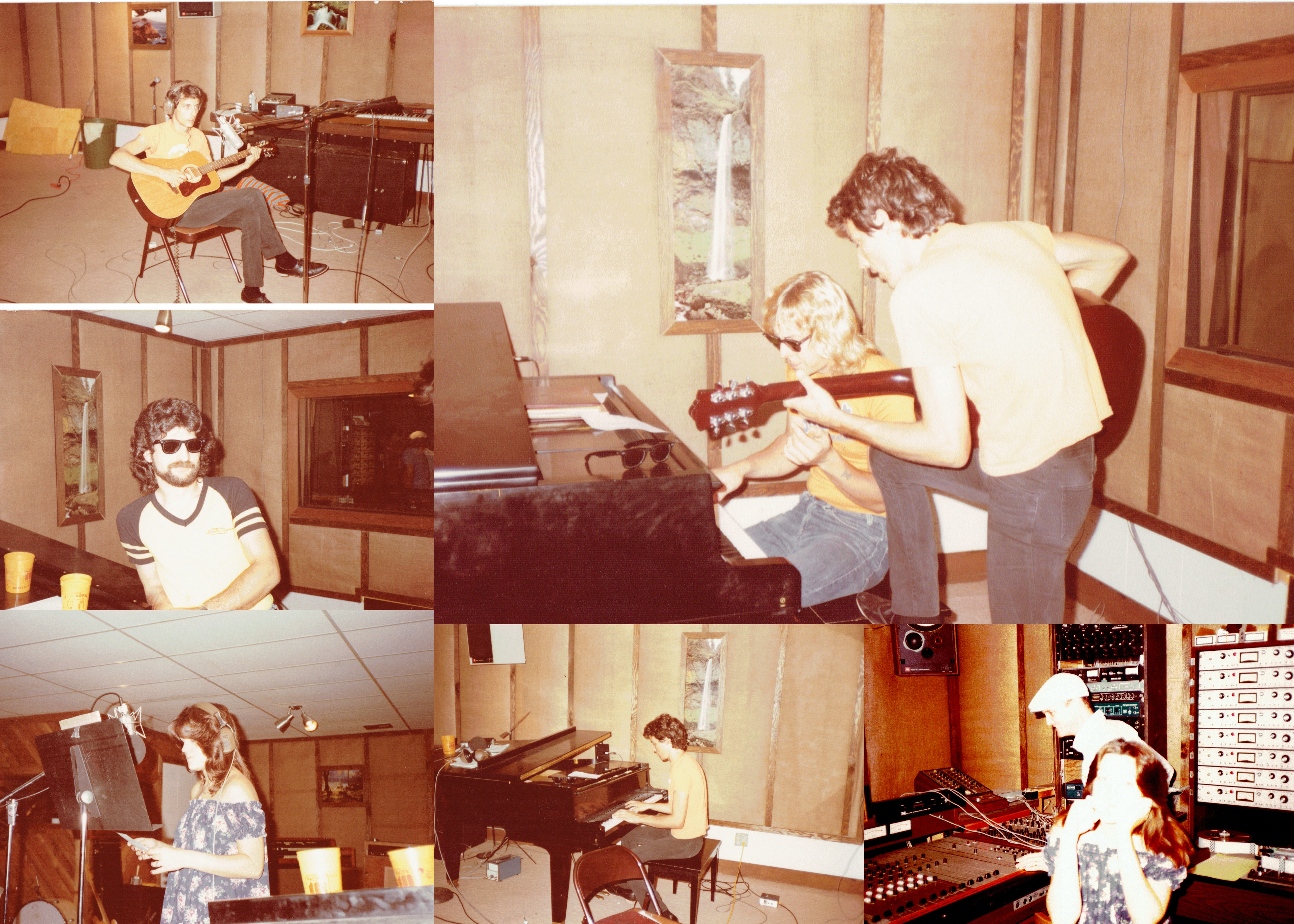 Five weeks after giving birth to my daughter, still wearing post-maternity clothes, I went into the studio to cut 3 tunes:  “Caretaker”, “Rocking and Rolling the Night Away” (my tunes), and a Michael Sanford (guitarist in photos) composition.  I had worked-out the rhythm ideas with Keith, and went into the studio over a weekend with Michael, Mark West (Neuleib), Keith, and Sandy the Engineer, to craft the songs. I have struggled to remember just how I got hooked up with Mark West several years after High School, how he made it into this session, and showed at the Imports‘ garage to audition and play with us a couple of times – Who Knew?

Michael Sanford (the guitar player from the Thunderbird Park story) and I had become good friends. He played in a great band with Keith and his brother, Kyle, on bass called Daze, circa 1974-75.  I thought he was one of the best guitarists I had ever known.  He came in from California to do the session with me 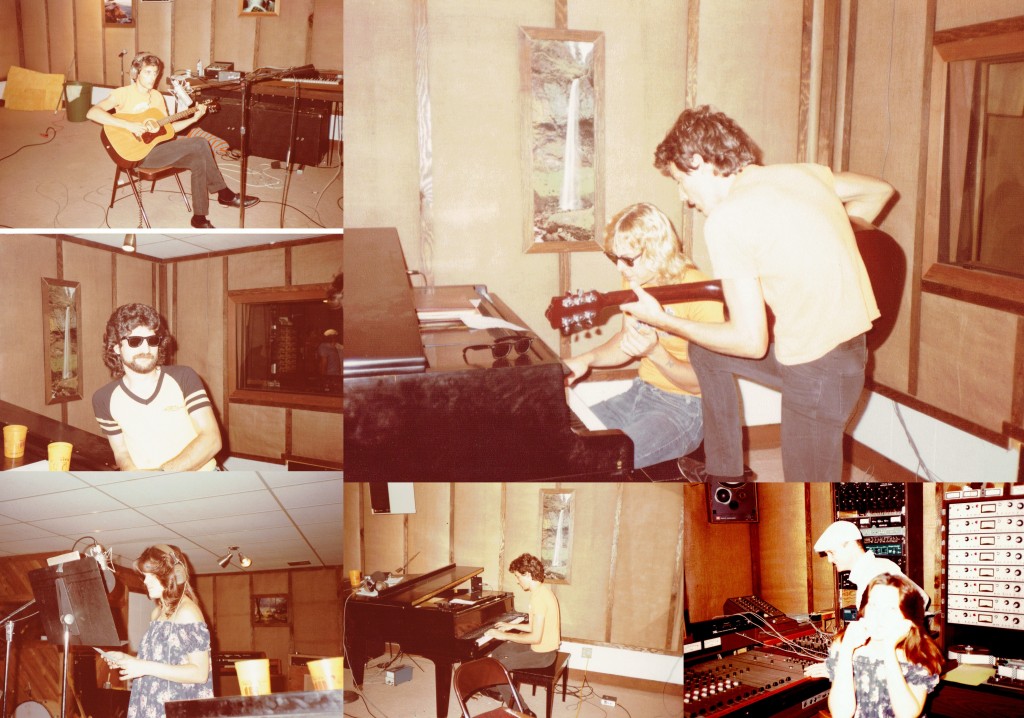 Then, a year ago while sorting through boxes of stuff for this archive, I came across the tape of that session. As I listened, two things happened simultaneously:  I was so proud of myself to have put it all together and followed-through with kicking-off my songwriting career,  while being mortified at where it all began and how I could have possibly decided to use the tiny bit of personal savings I had to my name, and borrow more money from my Dad, to fund that work. It stands as my first attempt.

Once I made it through the  5 stages – Denial and Isolation, Anger, Bargaining (lots of that), and Depression…I made it to Acceptance! Thank you session players for helping me see it through! It was mortifyingly pivotal!